We’re very proud that one of our 6th formers, Sammy Farnfield was picked for the GB team to travel to the 19th Modern Pentathlon Biathle / Triathle World championships in Viveiro Spain. This event was attended by nearly thirty nations including the likes of Russia and South Africa with each team bringing in excess of one hundred athletes.

The U19 Triathle involves successfully shooting 5 targets, swimming 50m in open water and running 800m, all repeated four times. The top three places were taken by South Africa, Egypt and Russia, all girls who are members of their country’s Olympic teams, in fact the Egyptian competed in Rio, which demonstrates the standard of the competition.

Sammy finished 10th in 17 mins 44 seconds,  a clear 3 minutes faster than her qualifying time and was the second of four Brits home.  Although initially a bit disappointed, as she felt her shooting let her down, she brightened up when it was pointed out that she had just finished 10th, not at school sports day, or at county or regional champs, but in the world! To make life even better, the top three British girls did sufficiently well to come third in the team competition; you have to feel sad for the 4th team member whose place did not count towards the team competition. Sammy received a team bronze medal, which put a huge smile on her face.

The week in Spain competing was an amazing experience and will hopefully act as a great foundation for the future. 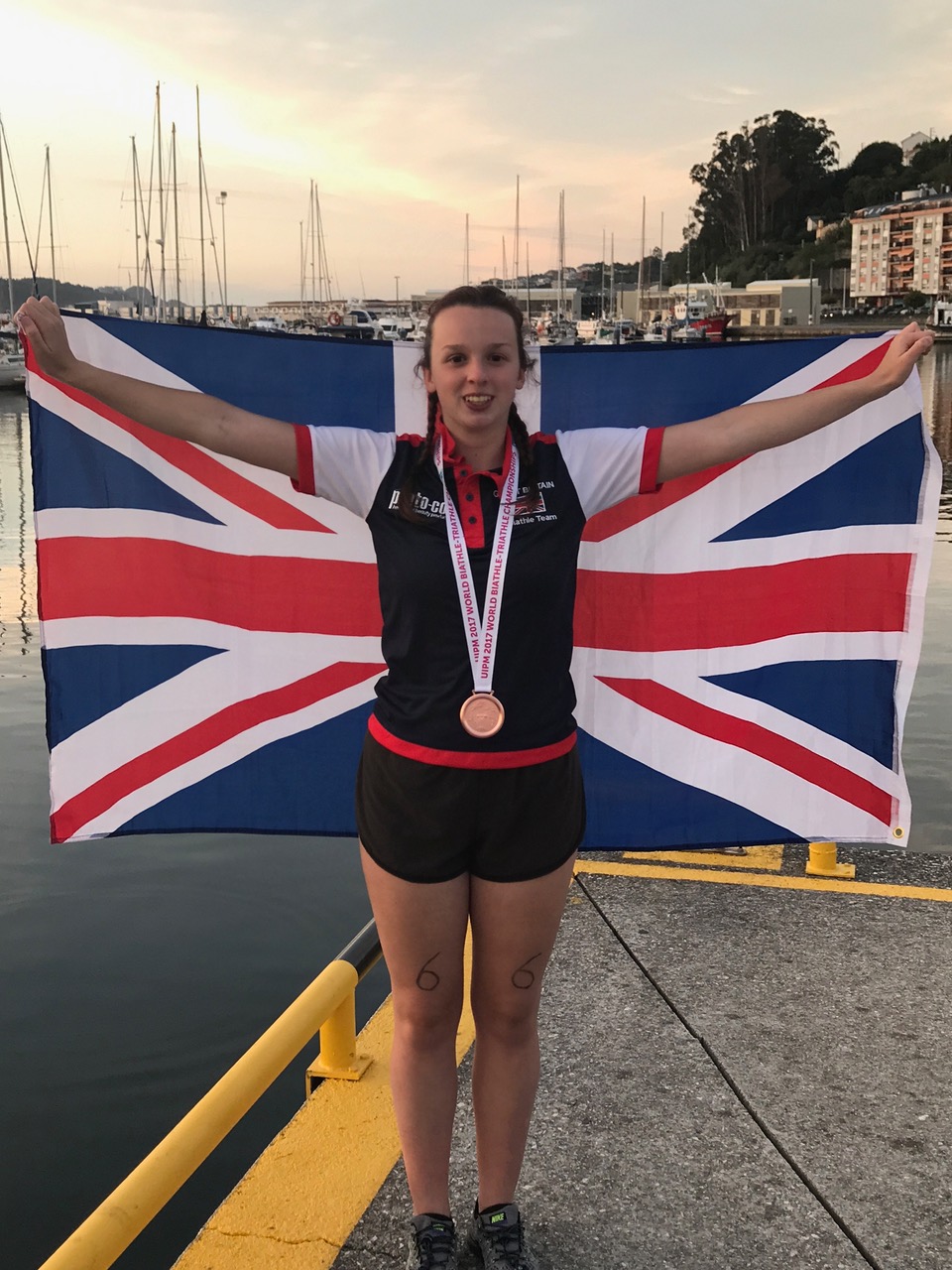