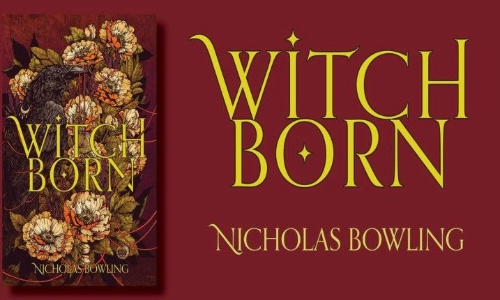 On Tuesday 6th March Yr7 students welcomed the debut author, Nicholas Bowling to our school. Nicholas’ book, Witchborn is set in the 1500’s and focuses on the country when it was deeply divided as medieval superstition has not yet given way to rational science.

The book is about Alyce, the fourteen year old daughter of the local wise-woman. Alyce is forced to flee when a witch finder burns down her home and her mother is killed. Nicholas demonstrated the irrational tests witch finders carried out on their suspects to see if they were actually a witch. He also enlightened us on the processes of how a possible witch could have been identified.

If you are interested in history, particularly Elizabethan, fantasy, magic and witchcraft, this is definitely a book for you. The book describes Tudor London - dirty, smelly, where the old medieval streets have rotting houses. It highlights how in Tudor times irrational superstition was a very powerful tool, particularly for those ruling.

Nicholas talked to us about the importance of being resilient and not giving up. He said he received a number of rejections from publishers before one agreed to publish his novel. And even after that there were numerous amendments to be made including re-writes of certain sections. He also said it was crucial to listen to the opinions and views of others who have more experience.